Many authors have their own definition of what emotional intelligence (EQi) is. The best answer is that Multi Health Systems, publisher of the EQi 2.0 shares this EI definition, “a set of emotional and social skills that influence the way we perceive and express ourselves, develop and maintain social relationships, cope with challenges, and use emotional information in an effective and meaningful way.”

As a bonus, we have included a “Free Emotional Intelligence Values Exercise” to help. If you are interested in learning more about our in-person or virtual emotional intelligence training. please call us now at (877) 461-1020.

I am not sure how many people realize the concept of emotional intelligence was born out of a dissertation thesis written by Wayne Leon Payne in 1985. Later more research by Salovey and Mayer further built upon the EQ concept. Then in October 1995, the cover of TIME Magazine read, “What’s Your EQ?”    TIME put EQ front and center and had many people wondering…what is EQ…do I have it…and more importantly if I don’t have EQ how do I get it? The same year Daniel Goleman wrote his book titled Emotional Intelligence: Why it Can Matter More than IQ.

There are a variety of EQ frameworks out there. I’ll mention the widely used EQ framework by Dr. Travis Bradbury and Dr. Jean Greaves. These domains are self-awareness, self-management, social awareness, and relationship management. The first domain, self-awareness is the foundation for all leaders. In fact, Aristotle said it best, “Know thyself.”

We do an activity in one of our Emotional Intelligence workshops called Best Boss / Worst Boss. It goes like this…grab a sheet of paper and draw a line down the center of the paper. Next, think of the absolute best boss you ever had and think about all the attributes that person had and list those adjectives on the left side of your paper. Now, think about your worst boss (no need to mention names) and think about the attributes you recall about that boss. List those adjectives on the right-hand side of your paper.

It is highly likely the best boss ever had a higher EQ than your worst boss had. Best bosses are great, and they make us feel good, we learn from them, they teach us things, they challenge us to be our best, and we hold them in high esteem. Bad bosses…well, they usually get talked about at the dinner table in a negative way. Do we remember them? Yes, but for the wrong reasons. Don’t be a bad boss!

Leaders who have a higher EQ demonstrate more empathy, which according to Korn Ferry is one of the hardest competencies to learn. Other skills demonstrated by emotionally intelligent leaders are conflict management, listening, decision-making, communication, presentation skills, giving and receiving feedback and more. EQ is not a static trait, it can be learned and developed. Like a muscle, once you identify the part of yourself you need to work on, you can increase your power in that area.

I’m going to tell you a story based on a documentary to demonstrate motivation and self-management. Read what follows next and see if you know who this figure is. I’ll abbreviate the name as “T” for now.

T was a very rebellious kid growing up; a real handful for his mother to handle.  However, he indicated years later that discovering the skateboard gave him a sense of freedom.  It was a direction to focus his attention and energy, not to mention a lot of work learning to master various moves. His older siblings related that after T discovered skating, he became a different person.  T was no longer the young brat he once was, he was so dedicated to learning new tricks it seems as if his life now had a purpose.

T eventually began to try and compete in local skateboard events. At the time, T was so thin he didn’t have the weight or muscle to perform the tricks the other older kids were doing.  To some this would be the end of it.  However, to T, this was just another thing for him to conquer. T realized he couldn’t perform the tricks in the same way the other older boys did because they were relying on their strength to accomplish them.  What T figured out was that he had to use a different approach using speed and finesse.

The way T approached each new trick was very methodical.  He would repeatedly attempt the trick, growing closer to completing it with every attempt.  Mentally, he refused to accept he couldn’t do it and with incredible determination, he discovered a way to complete each new trick.  T used this mindset to accomplish all the new tricks he discovered.

During one of T’s earlier competitions in what would be considered his home court, he found the crowd cheering for his rival and booing him.  On one of his initial rides in the competition, T fell and nearly struck a beer can that had been thrown at him during his ride.  T said he grabbed the can, and his initial thought was to throw it back at the person who threw it at him.  T quickly realized this was a bad idea and decided to handle it another way.  At this moment, he decided to simply focus on the task at hand.

Tony Hawk used all the negative energy from the crowd to focus on his riding.  The person Tony was riding against reflected on this event years later and said it was as if Tony flipped a switch.  He simply turned it on and after that happened, the competition was over.  The crowd that moments earlier had been booing him and throwing items at him were now cheering him on.  Tony was performing such amazing moves and tricks so effortlessly he easily went on to win the event.

This is but a snapshot of Tony’s accomplishments.  He went on to invent over 100 new tricks on the skateboard and become the most recognized skateboarder worldwide.  Oh, and the secret to his success he says, “I never quit.” Tony like many others were gifted in the domain of self-management.

Even J.K. Rowling author of the Harry Potter books demonstrated grit, perseverance, and resilience in the face of adversity. Her book was rejected multiple times by numerous publishers, likely stating her work was rubbish. Rowling went from a divorced mom, living on public assistance to one of the world’s most recognized authors. In 2011, she was declared by Forbes as being a billionaire.

Tony Hawk and J.K. Rowling both did not let their emotions get the best of them. Instead, they each picked themselves up by the bootstraps and through sheer determination, and a never quit attitude they each successfully defined their own destiny.

Looking to get motivated like Tony and J.K.? One way to do so is to define your purpose. Find your why. I love and admire the work Simon Sinek has contributed to in this area. I found my why back in 2010 and it has made all the difference. My goal is to live my why – everyday. So here it is…To inspire learning and leadership development so that leaders and teams can be their best. I can recall a time when I was four years old, in pre-school, and I brought my stuffed bunny to show n’ tell. I was so excited to share about my bunny. I was comfortable being in the front of the circle and explaining all about bunnies. I was living my why back at four and I didn’t even know it.

If you are a DIY type of person, at a minimum get Simon’s book, Start with Why. Or reflect on these questions below.

Step 1: Identify the times when you were happiest

Find examples from both your career and personal life. This will ensure some balance in your answers.

Step 2: Identify the times when you were most proud

Use examples from your career and personal life.

Step 3: Identify the times when you were most fulfilled and satisfied

Again, use both work and personal examples.

Step 4: Determine your top values, based on your experiences of happiness, pride, and fulfillment

Why is each experience truly important and memorable?

If you have never taken steps to identify your values (download pdf), please reach out to us and we can send a complimentary Value Exercise PDF to you.

Dr. Christie Cooper has always had a passion to inspire learning in others. She has spent her career developing high-performing sales teams as a sales manager and trainer at one of the largest privately-held firms in the US, where she was part of an award-winning training department. Contact us at (877) 461-1020 for more information how we can help your organization. 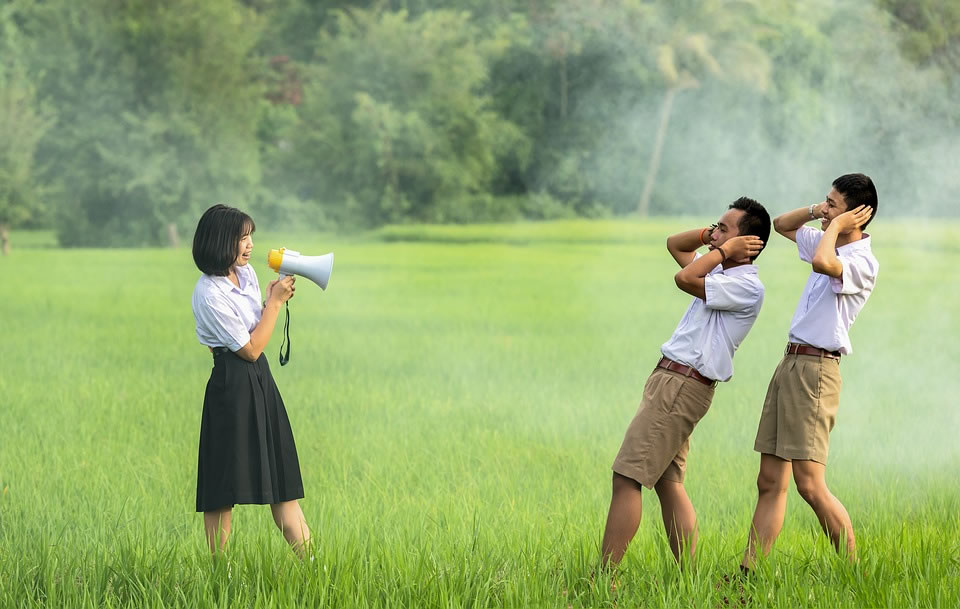 Get Our Free "Productive Conflict" E-book

Learn how to use proper communication to increase your team's effectiveness.